The Latest in Green Marine Initiatives: The Ocean Cleanup

Over the past several decades, plastic debris has become rather ubiquitous along coastlines and beaches. However, it is only in recent years that the true extent of the problem has been realised, which now manifests itself as massive gyres of plastic refuse swirling through the ocean. There are five main garbage gyres, one each for the North and South Atlantic, the North and South Pacific, and the Indian Ocean. The largest of these accumulations is known as the Great Pacific Garbage Patch, found off the coast of California and comprising an area twice the size of Texas, or three times that of France.

The majority of plastics are less dense than water, and as such, float near the surface. They can make their way into the ocean via direct marine contamination (such as being lost off a vessel), but more often make their way to the ocean by washing into drains or rivers and being carried out to sea. Ocean surface currents carry the buoyant plastics along and, if left unchecked, eventually they are concentrated into these enormous, country-sized patches.

Until recently, many scientists and policymakers were at a loss for how to ensure that cleanup of these pollutants would be both effective and economically viable. However, 2013 saw the founding of The Ocean Cleanup, an initiative which aims to combat the problem of marine plastic pollution by removing what they term “legacy plastic,” or plastic that is already in our oceans, while simultaneously reducing the amount of plastic which flows into our oceans via rivers on a daily basis. This can be accomplished through the deployment of their large-scale “passive cleanup technology.” A linear floating buoy system (more or less a very long cylinder with a submerged skirt) floats along with the currents in the same path at the garbage patch. Because the skirt is deeper in the centre of the apparatus, there is more drag at this point, resulting in the ends of the buoy system being propelled further by the winds above the surface. Thus, the linear system curves to become a U-shaped system, effectively funnelling garbage inwards where it is held until it reaches a critical mass, at which point a garbage removal vessel arrives to take it back to shore. On shore, these plastics are sorted and recycled to be made into products which can then be purchased by the public to support this initiative.

The secondary initiative that is underway is known as The Interceptor; this is an autonomous vessel that is targeted for deployment among some of the world’s most polluted rivers. Powered by solar energy, this vessel is part of the plan to stop plastic from entering our oceans in the first place. Just as with the linear buoy technology, the plastic removed from these waterways will be brought back to land to be sorted and recycled to create new products.

The Ocean Cleanup has an ambitious goal of reducing ocean plastics by 90% by the year 2040. With an expected 50% reduction of the Great Pacific Garbage Patch every five years, this may even be feasible. Prototypes for these systems were tested as early as 2017; since then, The Ocean Cleanup has been working to fine tune the system to ensure maximum efficiency. 2018 saw the first full-scale trial in the North Pacific, and less than a year later, the new and improved model was launched to great success in the same region. Over the next five years, the project aims to scale up to full fleet capacity across several of the most troublesome garbage patches. Following this will be expansion of the pilot projects into some of the most polluted rivers on the planet.

It is important to acknowledge that plastic clean-up is only a mitigating measure and does not solve the problem at its source. Such solutions will require further innovations focused on the producers and consumers; by eliminating single use plastics in favour of reusable or biodegradable alternatives, the amount of plastic entering waterways in the first place can be greatly reduced. In conjunction with a conscious global movement to decrease our reliance on single use plastics, initiatives such as the Ocean Cleanup could be a turning point in the battle to make our seas cleaner and healthier. 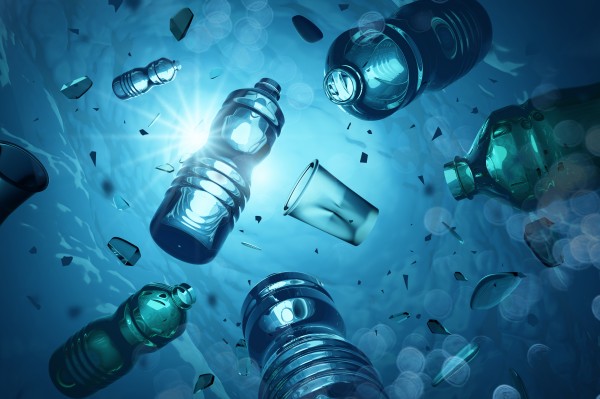